Find Official Small Engine Parts that Fit
Finish Nailer Repair - Replacing the Driver Guide (Ridgid Part # 79004001022)
Honda small engines power thousands of individual machine models in dozens of tool and equipment types. In addition to all the machines that they power, there are also just a lot of Honda small engines in service, period. 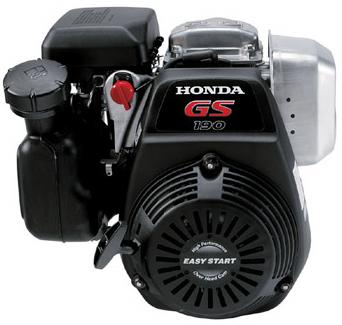 When the time comes to replace a Honda engine's filters, spark plug, or any other part, making a correct engine number match is the key to accurate parts replacement. We explain what Honda small engine owners need to know to ensure an accurate engine parts matches every time.
Honda Small Engine Number Matching
Two numbers must be found on the engine to ensure an accurate Honda small engine parts match:

1. The engine's model number must be matched, and

2. The engine's VIN number must be matched. We'll use the Karcher pressure washer pictured below as an example of how to find a Honda engine's model and VIN numbers. 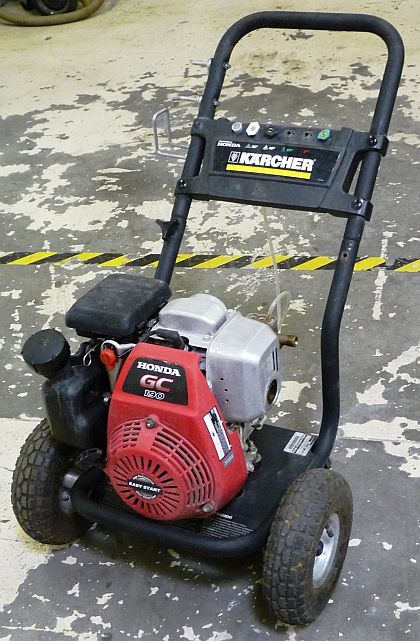 This pressure washer is a good example of a Honda small engine in use with another company's tool. The majority of Honda engines in service power the tools and machines of other manufacturers. When Honda engine owners need parts for their small engine, it is very important that the use the engine's model and VIN numbers to match engine parts, not the tool's identifying numbers. For example, using the tool model number of our example pressure washer to search for its engine parts will not be successful. The tool model number will only lead to parts for the Karcher pressure washer, not the engine that powers it. Engine model and VIN numbers must be found on the engine.
Honda Small Engine Model Numbers The model number is the easy one to find. Honda small engine model numbers are (almost always) very clearly displayed on the front of the engine. 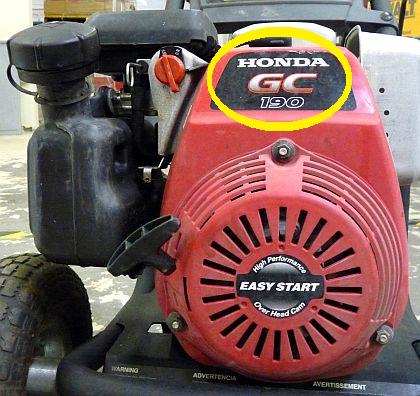 So, "GC190" is the model number for this Karcher pressure washer's Honda engine. 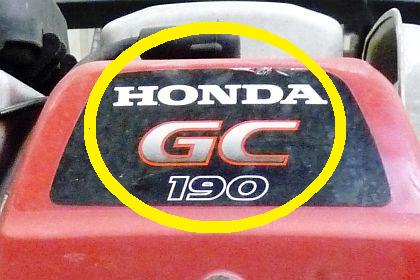 In the case of the our example pressure washer, the engine VIN number is stamped on the side of the engine right next to the housing. 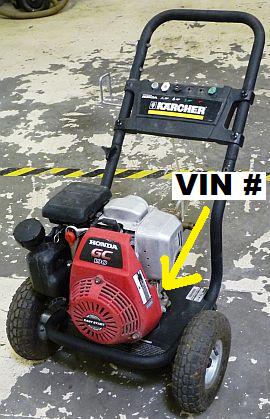 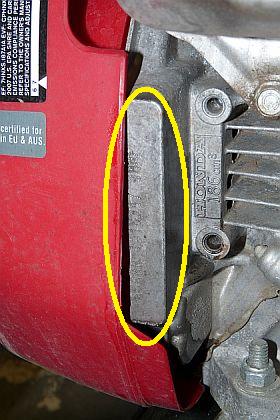 As you can see, the VIN number is also stamped sideways on the engine. Let's flip that picture around, zoom in, and take a look at the number's legibility. 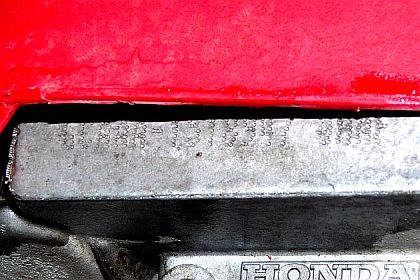 It's hard to explain exactly what we mean here with just a picture, but you can see that the number is hard to read even with a large, bright, focused photograph. Hint: You can apply a liquid to the stamped VIN number to make it more legible. Applying different liquids to the stamped number can cause the light to hit the impressions a little differently, cause more of a contrast, and make the VIN number more readable.  We know it might sound strange, but a little carburetor cleaner seems works best for us. Take a look at the picture of the same Honda engine VIN number below after a little shot of cleaner.
Any liquid will at least improve the VIN number's legibility, including water. 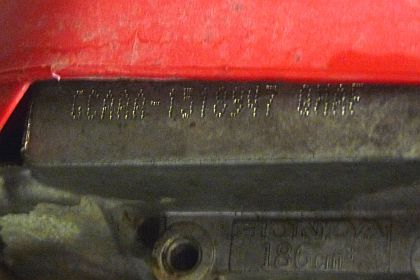 The VIN number on this engine is : GCAAA-1518947-QHAF It's also possible that the VIN number on your Honda small engine is legible without any assistance. In either case, finding and correctly reading your engine's VIN is absolutely necessary for an accurate parts match.
[Back to top]
Conclusion
Once you have your Honda small engine model number and VIN number, you can type either number into the eReplacementParts.com "Search by Model Number" field at the top of this page. Your search will take you directly to matching Honda engine parts pages. With accurate number matching, finding the right Honda small engine parts for your machine is made easy with our parts lists and interactive breakdown diagrams.   [Back to top]
What we're about.

SHOP FOR SMALL ENGINE PARTS
Need small engine parts? We'd love to help you find the one you need.
Shop our wide selection of Small Engine Parts straight from the manufacturer and we will have the right fit to you in no time.