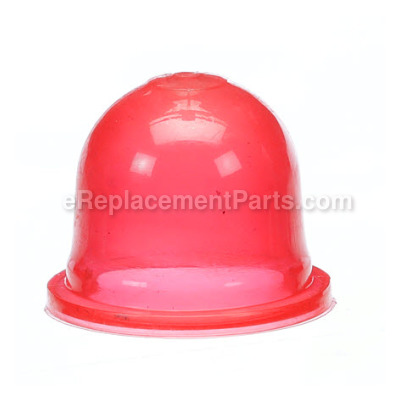 Did you find this story helpful?
Thanks for voting and helping fellow customers!
1 of 1 people found this instruction helpful
Tool Type:
Trimmer
Parts Used:
Purge Bulb - 530058709
Fuel Tank Assembly - 581263701
Repair Difficulty:
Easy
Time Spent Repairing:
Less than 15 minutes
Tools Used:
Screwdriver
Fuel filter was clogged, fuel line leaked, primer/purge bulb was cracked
1. Pried and pulled off the fuel line and fuel purge line from the nipples on the trimmer. Be sure to note which line from the fuel tank goes to which nipple prior to removing them.
2. Removed 2 torx screw that hold the fuel tank to the trimmer. Disposed of the old fuel tank after removing old fuel in the tank. (The fuel was fresh so I simply poured it into the new fuel tank.)
3. Removed 2 slotted/phillips screws from the plate holding the cracked primer/purge bulb.
4. Carefully pulled off the plate and removed the cracked primer/purge bulb.
5. Carefully lifted the gasket off of the plate. Inspected the gasket for integrity and wiped clean with a lint-free cloth.
6. Wiped clean with a lint-free cloth both metal surfaces the gasket mates with to ensure a good seal when reassembling.
7. While depressing the throttle, placed gasket back in position, positioned the new primer/purge bulb in the recess, positioned the metal plate on top of the gasket with the new bulb protruding through it and firmly screwed in the 2 slotted/phillips screws. (Note: Throttle must be depressed to ensure proper alignment of all these parts which is necessary to get a good fuel seal.)
8. Attached the new fuel tank with the 2 torx screws removed earlier. Tightened screws firmly.
9. Pushed the fuel line and the fuel purge line onto the nipples as far as they would go. (Make sure the lines are attached in the exact same manner as they were with the old fuel tank.)
10. Put fuel in the fuel tank and pressed the primer/purge bulb several times until fuel fills the bulb. Checked for fuel leaks.
11. Started the trimmer per normal process. Checked for fuel leaks, again, after running the trimmer for a couple of minutes.
Overall, a very simple repair that took less than 15 minutes from start to finish. And the best part is my 7 yr old trimmer now run like it was brand new!

Discussion is closed. To ask our experts a question about a part, use the Q&A feature.
Question: TE475

I need to replace the little rubber button which pumps fuel to trimmer. What is that called so I can know what item to order?

The part you are needing is commonly called the primer or purge bulb. The part number you can use is 530058709.