Our experts will get back to you as soon as they can.
Repair Instructions: Submitted by Customers Like You
170 of 189 people found this instruction helpful
Tool Type:
Chain Saw
Parts Used:
Fuel Line - 530069247
Fuel Filter - 530095646
Repair Difficulty:
Easy
Time Spent Repairing:
15-30 minutes
Tools Used:
Screwdriver, Pliers, Socket set, forceps
Fuel line and fuel filter fell out of fuel tank
Watch video on youtube for chain saw fuel line and filter repair. Made it easy!
Did you find this story helpful?
Thanks for voting and helping fellow customers!
125 of 128 people found this instruction helpful
Tool Type:
Trimmer
Parts Used:
Fuel Line - 530069247
Repair Difficulty:
Hard
Time Spent Repairing:
30-60 minutes
Tools Used:
Screwdriver, Pliers, Socket set, Nutdriver, small punch, carb cleaner
Weed Eater trimmer fuel line rotted due to old age
1. Removed the fuel tank and carb.
2. Rebuild the carb.
3. Removed what was left of the fuel line.
3. Installed new fuel line, which was very difficult.
4. line fits thru a hole on the fuel tank. This required the line to be forced thru a smaller hole than the OD of the fuel line. I ended up putting silicone grease on the OD of the line and pushing the line thru the hole using a small punch.
5. Once I got enough line thru the hole and out thru the fuel tank cap side, I was able to pull it from that side until I had line that was not pushed thru using the punch.
6. I cut the line close to the fuel cap side of the tank and installed the fuel filter onto the line. The fuel filter just drops into the tank.
7. I then reinstalled the tank and carb.
8. Once all the hardware is reinstalled, I measured and cut the fuel line to fit onto the carb.
9. This may sound easy, but it was not. The weed eater runs great now (its almost 20 years old).

- Removed side cover where primer bulb is located

- The new bulb has 2 fuel ports, one is longer than the other which matched the old bulb.

- Installation instructions said to double check the direction of the fuel flow (the bulb sucks fuel through the carb, so the inlet side is connected to the carb and the outlet side goes back to the fuel tank).

- Snap the new bulb into place on the side panel

- Attach the side panel

Did you find this story helpful?
Thanks for voting and helping fellow customers!
33 of 37 people found this instruction helpful
Tool Type:
Chain Saw
Parts Used:
Fuel Line - 530069247
Foam Air Filter - 530037793
Purge Bulb Kit - 530071835
Fuel Filter - 530095646
Repair Difficulty:
Medium
Time Spent Repairing:
30-60 minutes
Tools Used:
Screwdriver, Pliers, Socket set, Nutdriver, hemo-stats to grab fuel line to pull through tank
All fuel lines dissolved from age,crumbled and broken.
I have 1996 poulan 2550 super clean 18" chain saw , last used it in 2005,pulled out of storage to use and primer bulb was cracked, so I purchased new fuel lines,bulb,air and fuel filter. The repair went fairly easy, 3 screws to remove air filter top cover, 4 screws side cover with pull start, 2 nuts that retain air plenum,and carburetor, disconect throttle linkage with needlenose pliers,move air plenum with throttle cable to left side, then able to slide carb and choke lever back to gain access to tank inlet(left side) and return(right side). Removed old line stuck in inlet and return with small diameter philips screw driver,they just tapped through, fished out old fuel filter and bits of old line with hemo stats, new fuel lines had diagonal cut at end which I put white lube on outside of hose at end and fed through holes, large dia is return,small dia is feed,enough to reach in with hemo stats and tug through( hardest part of repair).The next hardest part was figuring out lines, I found a youtube that ereplacementparts did in 2009 that helped me determine that starting from bulb center large dia to return in tank,small dia from bulb goes to top rh side of carb,bottom left side of carb to small dia inlet side of tank, pulled small line from tank and put fuel filter on, lays flat on bottom of tank.I slid the carb back down on studs making sure fuel lines are clear , move air plenum up to carb,then install throttle linkage with needle nose pliers,push air plenum on studs and thread nuts on and tighten evenly , put dab of 30w non detergent oil on foam air cleaner worked in, plulled spark plug , was clean and in good condition. replaced starter housing and top cover, repair time was approximately 1 hour, including coffee break, everything worked fine. Don :)
Did you find this story helpful?
Thanks for voting and helping fellow customers!
30 of 33 people found this instruction helpful
Tool Type:
Trimmer
Parts Used:
Fuel Line - 530069247
Fuel Cap With Retainer - 530014347
Purge Line - 530069216
Carburetor Assembly - 530071822
Repair Difficulty:
Easy
Time Spent Repairing:
15-30 minutes
Tools Used:
Pliers, Allen Key Set, Needle Nose Pliers, Star Screwdriver Set
SST25 Line Trimmer: Would not start. Prior owner left old fuel in the entire fuel system for several years. Entire fuel system was gummed and would not start.
This process looks long but I assure you it is super easy and takes no time at all. If this is your first time taking a fuel system apart take pictures or use a IPB so you do not have to rely on memory for reassembly.

1. First I drained and disposed of all the old fuel.

3. After both the fuel filter and fuel assembly pickup was remove then I removed the gas tank carefully, thus not to tear the fuel lines. The fuel tank is held on with two star screws so you would need the proper star screw driver or ratchet attachment.

4. Next I removed the hoses from the carburetor also careful not to tear the fuel lines. The reason for such care is because I used the old hoses to determine the size of the new hoses. Now for the carburetor.

5. I removed the air filter and air filter cover there are two Allen screws that hold on the carburetor. Using a the proper Allen key I remove both screws. Be careful not to tear any gaskets when removing. Also the throttle cable to attached to the carburetor it is easy to remove just angle the L properly and it slides right out.

Most of the parts where rusted and gummed and for 25 bucks I simple decided to order a new one. Also since I had the fuel take off I cleaned it and ordered new hoses, fuel filter, and a new fuel tank cap. I only ordered a new cap because the other one was cracked.

7. After the cut is made, cut the end of the hoses at a sharp angle thus to be able to put the tip of the hose through the holes int he fuel tank. I recommend using a little lube on the outside of the hoses as well just so they slide easier. In my case I used a little 2-cycle oil because I knew it would not contaminate the line or the gas in the fuel tank. Once the hoses where just barely through the hole I grabbed the end of the hoses with needle nose pliers and pulled the desired length. On the intake hose I cut the end flush and attached the new fuel filter then put it back into the fuel tank. Also cut and attached the return line fuel assembly pickup to the return line then pulled it up to the top of the fuel tank.

8. Before I attached the tank I put the new carburetor on the same way I took it off making sure to attach the throttle cable as I went. When the screws where in line I tightened them down snug. Do not over tighten.

9. Now I attached fuel tank in same manner not to over tighten the screws.

Primed the carburetor, put it full choke, cranked a could of times went into half choke. It fired right up, went to no choke and gave it full throttle and she purred like a kitten. Okay it is a line trimmer she roared like a lion but either way it is working great.


Did you find this story helpful?
Thanks for voting and helping fellow customers!
20 of 24 people found this instruction helpful
Tool Type:
Trimmer
Parts Used:
Fuel Line - 530069247
Purge Line - 530069216
Repair Difficulty:
Easy
Time Spent Repairing:
Less than 15 minutes
Tools Used:
Screwdriver, Pliers
fuel lines inside gas tank corroded
Two lines going into tank.
Take pictures before you start on which lines go where.
Unscrewed tank and was putting back on in 15 minutes.
Hardest part was getting new line back into tank.
Easy thing was line was already pre cut at angle.

The hardest part was routing the fuel lines through the tank. The lines are larger than the hole, thus creating the seal when installed.

Did you find this story helpful?
Thanks for voting and helping fellow customers!
5 of 5 people found this instruction helpful
Tool Type:
Blower
Parts Used:
Fuel Line - 530069247
Purge Line - 530069216
Fuel Filter - 530095646
Repair Difficulty:
Easy
Time Spent Repairing:
30-60 minutes
Tools Used:
Screwdriver, Pliers
Fuel line rotted and broke off into fuel tank
You can find plenty of videos on youtube for the basic instructions.
Most of them will tell you to just copy what is already existing, but my fuel line had rotted off and disintegrated so there was nothing to copy.
As best I can tell, the overflow line only needs to be long enough to fit into the tank. You can put as much extra into the tank, but it's not necessary.
I couldn't get a clear answer as to how long the intake fuel line, with filter on the end, should be. I cut it long enough to sit in the lowest part of the fuel tank.
It started right away and I haven't had any problems since. 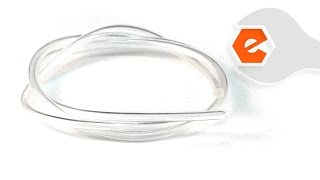