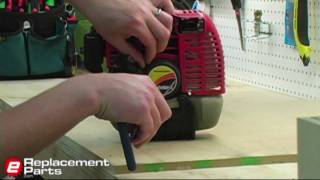 How to Replace the Starter Assembly on a Gas Trimmer

Finish Nailer Repair - Replacing the Driver Guide (Ridgid Part # 79004001022)
Many 2-cycle trimmer models share similar designs, even between different manufacturers, so the steps for many trimmer repairs are often similar between trimmers. Likewise, the steps for replacing a 2-cycle trimmer starter assembly are very similar for hundreds of trimmer models, and starter replacements are a very common type of tool repair. 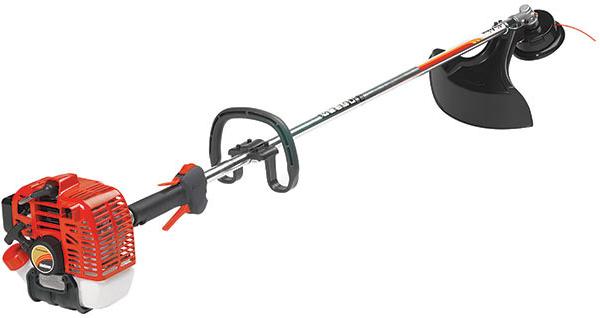 This article covers the general steps to replace a trimmer starter in most 2-cycle trimmers. We use the Shindaiwa T-231 trimmer as our demonstration example.   How Trimmer Starter Assemblies Work Like the starters of most 2-cycle engines, a trimmer's starter assembly uses several parts to do its job. Starter assemblies consist of a pulley, a starter pull cord, a return spring that rewinds the cord, and a clutch-like system that engages the engine crankshaft. 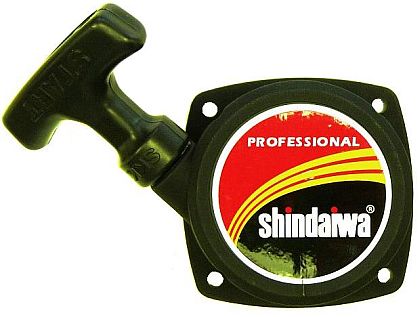 In short, your trimmer's 2-cycle engine needs a little human power to help it generate a spark that will start its engine, and the starter assembly is responsible for the first step in converting human power to engine power. It's not hard to see why having a properly working starter is important.  Any part of a starter breaking or becoming damaged usually requires replacing the starter. The most common reason for replacing a starter assembly is the pull cord breaking. Individual parts of a starter can be replaced, but the truth is that the small amount of money you usually save on parts isn't enough to justify the difficult  task of rebuilding the assembly. Starter assemblies usually cost little more than their individual parts, and considering how easy they are to replace, replacing the entire assembly is usually the best choice when just one of its parts fails. [Back to top]
Trimmer Starter Replacement Steps
Of course, these steps may be just a little different for different trimmer models, but the general idea is the same:  We use the Shindaiwa T-231 in our demonstration, but its repair steps will be very similar to those of most trimmers.   1. Unscrew the four screws holding the starter assembly in place. 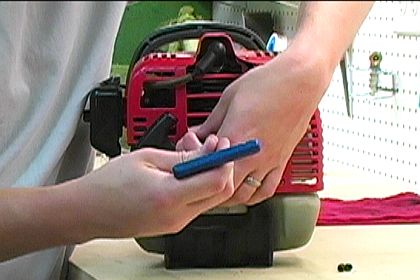 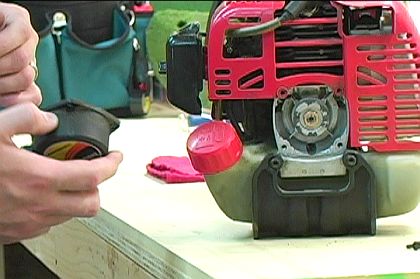 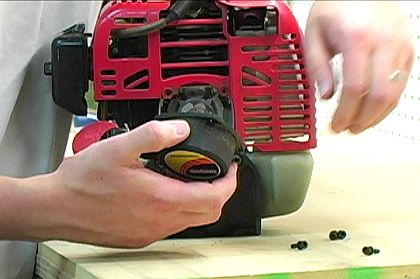 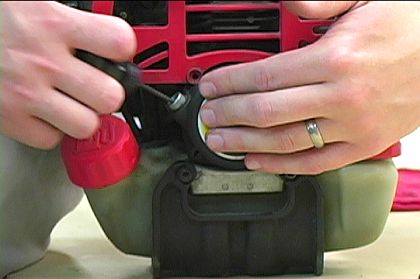 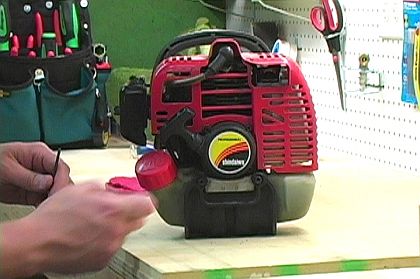 This trimmer starter replacement is now complete. [Back to top]
Conclusion This repair takes less than five minutes and can save tool users a load of money when they perform it themselves. It's likely that your 2-cycle trimmer starter replacement will be similar to the one we demonstrate in this article and repair video. Type your trimmer's model number in the "Search by Model Number" field at the top-left of this page. You will be directed to your trimmer's parts page where you can view its breakdown schematic and parts list. Or, you can find your trimmer model by visiting our Trimmer Parts page. eReplacementParts.com stocks trimmer parts for many major trimmer manufacturers, including Echo trimmer parts, and Tanaka trimmer parts.   [Back to top] What we're about.